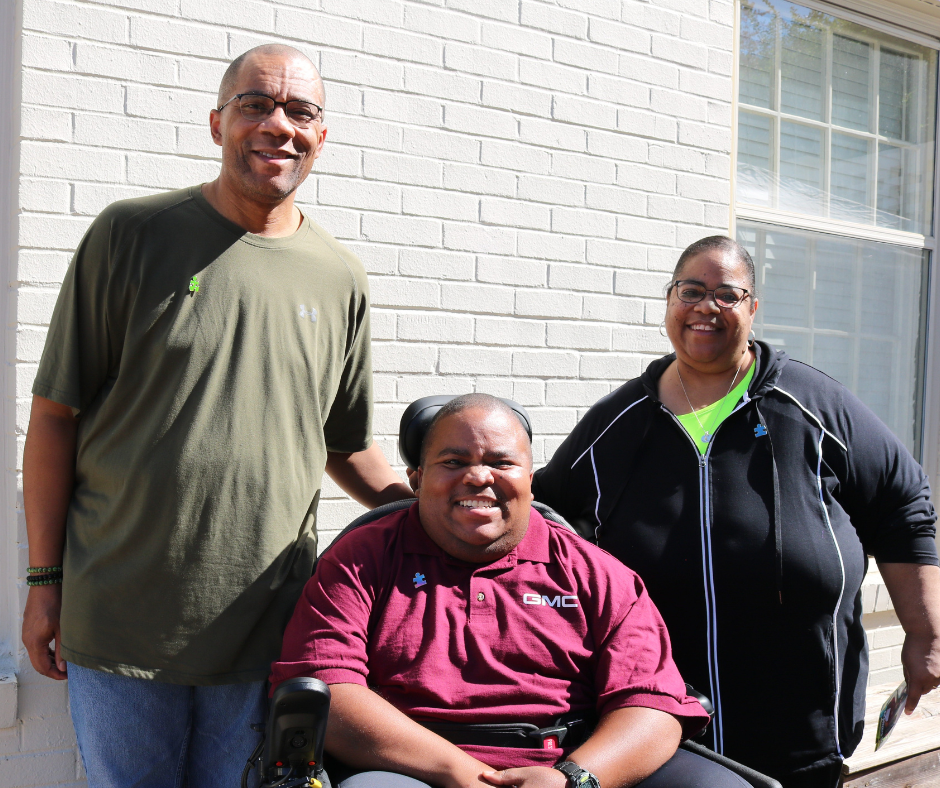 Pathways Adult Learning Center is more than just an educational facility for adults with intellectual disabilities. It’s a second home. It’s a family. You walk the halls and you hear laughter. You peek into the classroom and you see students praying over each other. Then you pull up a seat and listen as students and teachers alike encourage one another. There is an almost tangible sense of joy and community that lives within the walls of Pathways.

However, when someone in your family passes, it cuts deep and doesn’t heal easily. Such is the case here at Pathways. One of our virtual students, Grant Gerard Bland, has sadly passed. And while there is certainly a void where his presence once lived, we fondly remember and celebrate his legacy and the wonderful time we all enjoyed with him.

Very early on in his life, Grant experienced hardship. At birth he wasn’t breathing and spent time in the neonatal unit. Ten months later he contracted meningitis. At eighteen months old, he showed the first signs of developmental delays. Though Grant and his family had a difficult path before them, he still became a man who always looked after others and kept a positive outlook on life.

Two of his teachers, Miss Megan and Miss July, wrote letters recounting Grant’s impact in their lives and in his virtual classroom.

“To his very core he was selfless, he never complained, he was so on fire for the Lord, and was constantly trying to do the right thing. He cared so very deeply,” Megan commented.

July said, “He had a wealth of empathy for everyone around him and always spoke of his friends and family with genuine gratitude.”

During a group session with a grief counselor, many Pathways students and teachers shared fond memories of Grant. Most talked about how kind he was. Others acknowledged his positive attitude, regardless of his own circumstances.

“I loved his smile,” Lori Williamson, Program Manager said. “He always had a smile on his face and he resonated God’s love.”

Another teacher said that, “His smile was the first thing you noticed about him.”

And though he may have been wheelchair bound, July acknowledged that “He was always enthusiastic about our fitness classes and our dance parties. That guy could JAM!!”

Because of his kind and positive nature, Grant made friends easily and inspired thousands in his lifetime. We have been blessed by his presence here at Pathways, and though our hearts hurt and yearn for one more moment with Grant, we know he is out of his chair and dancing in victory with his Heavenly Father.