We provide a unique Christian program dedicated to enhancing the quality of life for adults with intellectual disabilities. 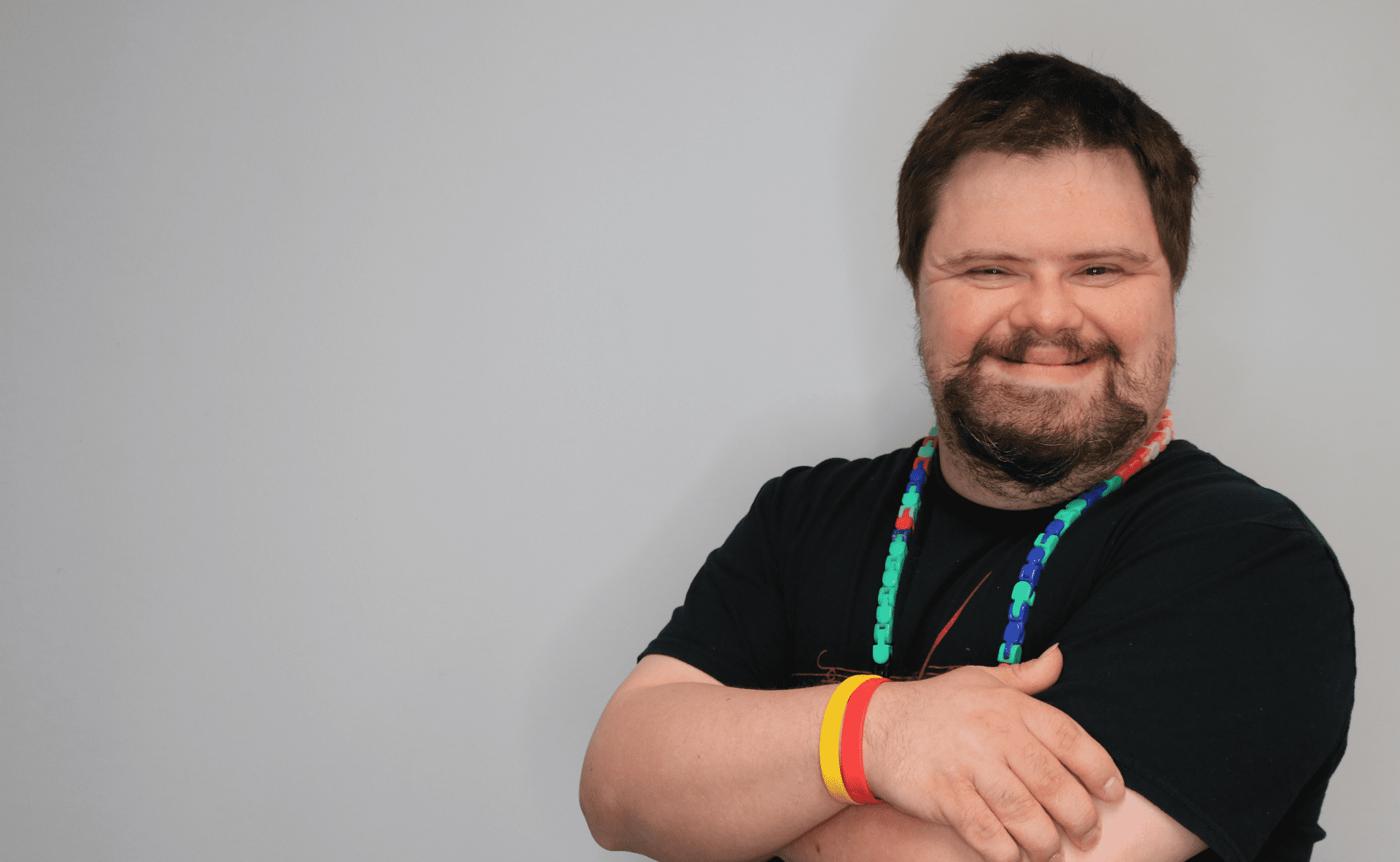 We provide a unique Christian program dedicated to enhancing the quality of life for adults with intellectual disabilities.

We assist each individual to achieve emotional, cognitive, physical, social, and spiritual growth to his or her fullest potential. 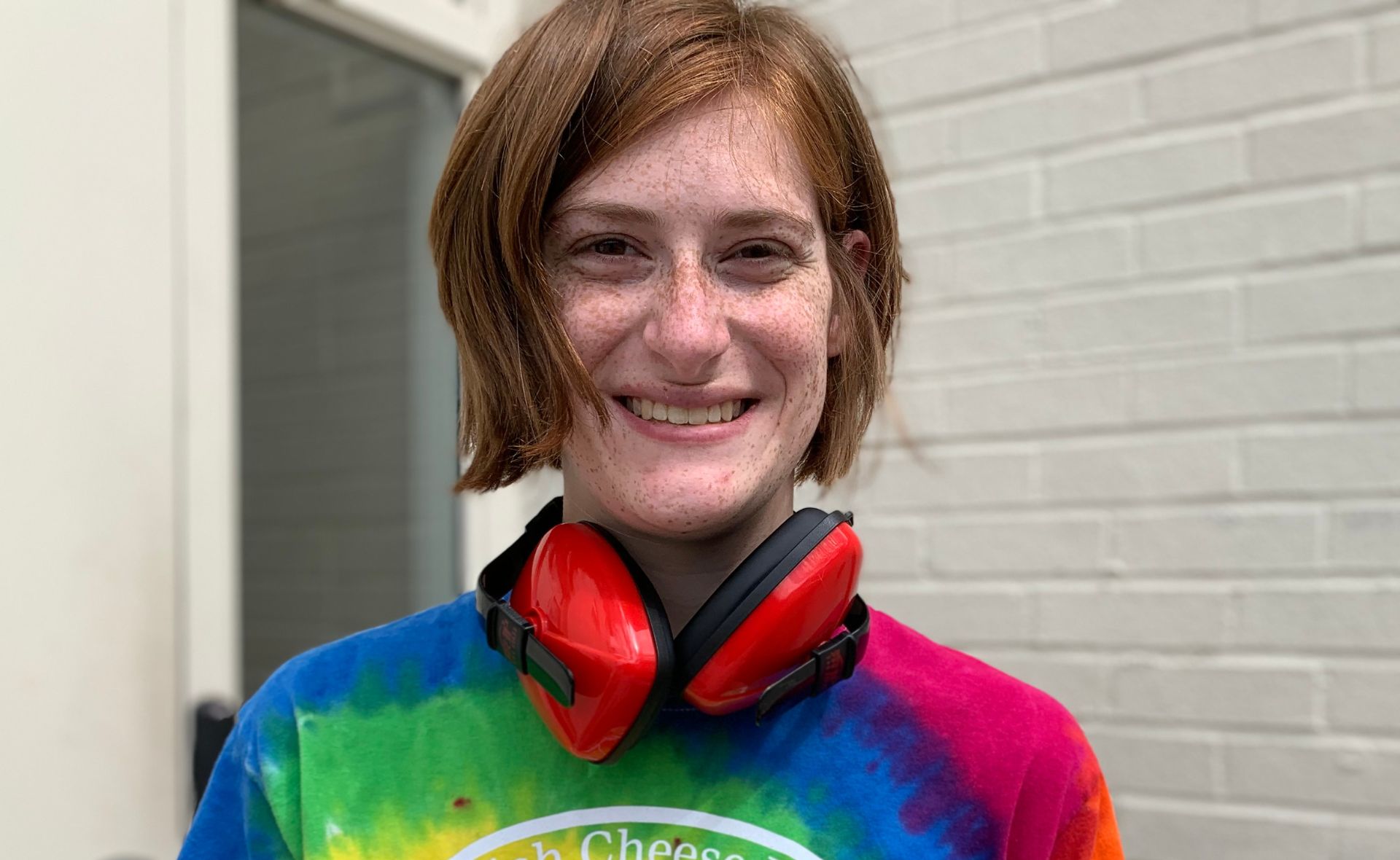 Every day students work to grow their faith through Bible study and worship. Students enjoy sharing about God's love in our community through volunteer work and the Pathways choir. 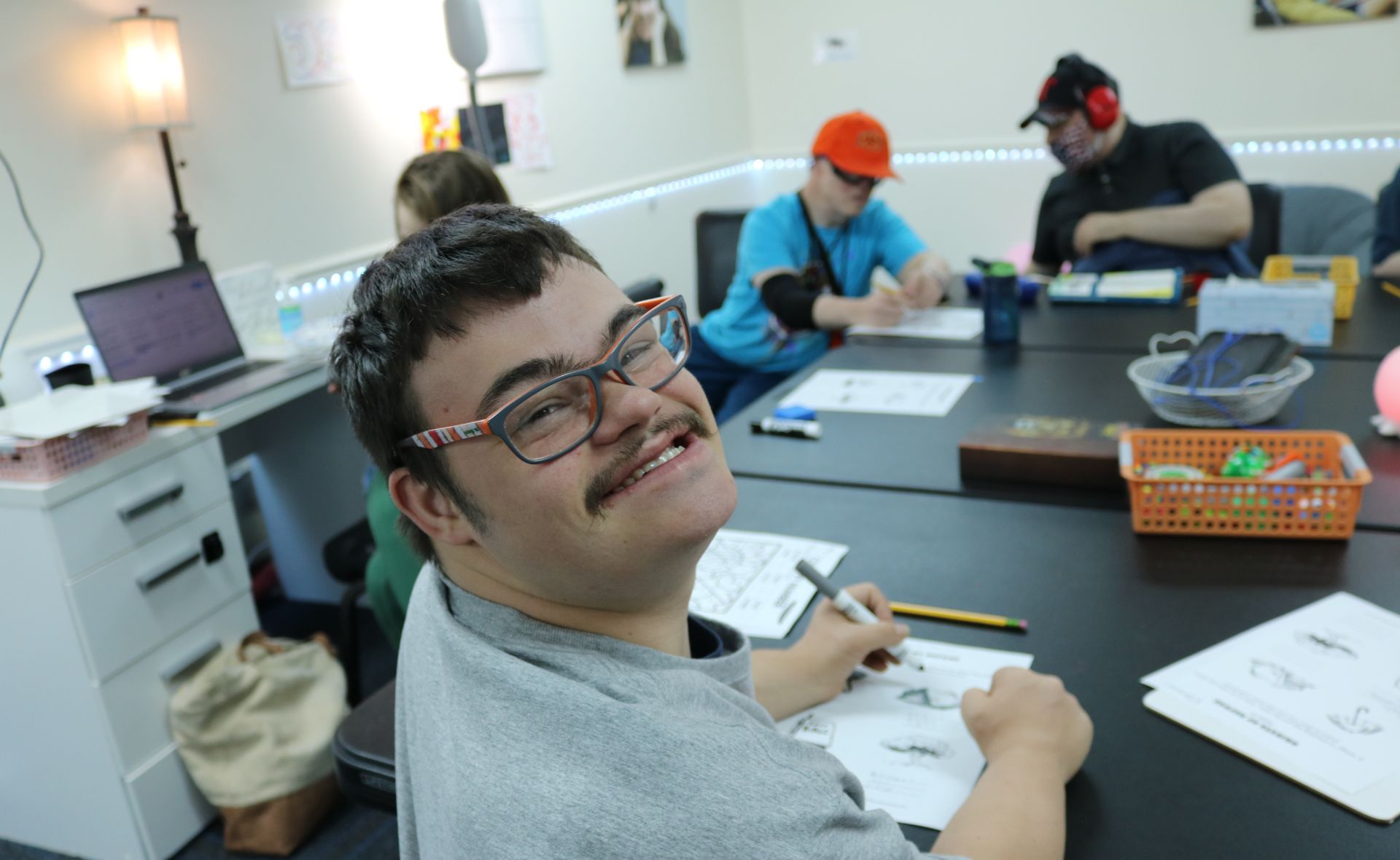 Continuing education helps students to retain the skills they worked hard to learn while in school while providing an opportunity for growth. Students explore subjects like math, reading, science, art and life skills. Learning is made fun and practical by incorporating money handling and budgeting into math, or practicing reading and comprehension through the Pathways Book Club. Life skills range from the art of conversation to cooking classes with recipes students can recreate at home. 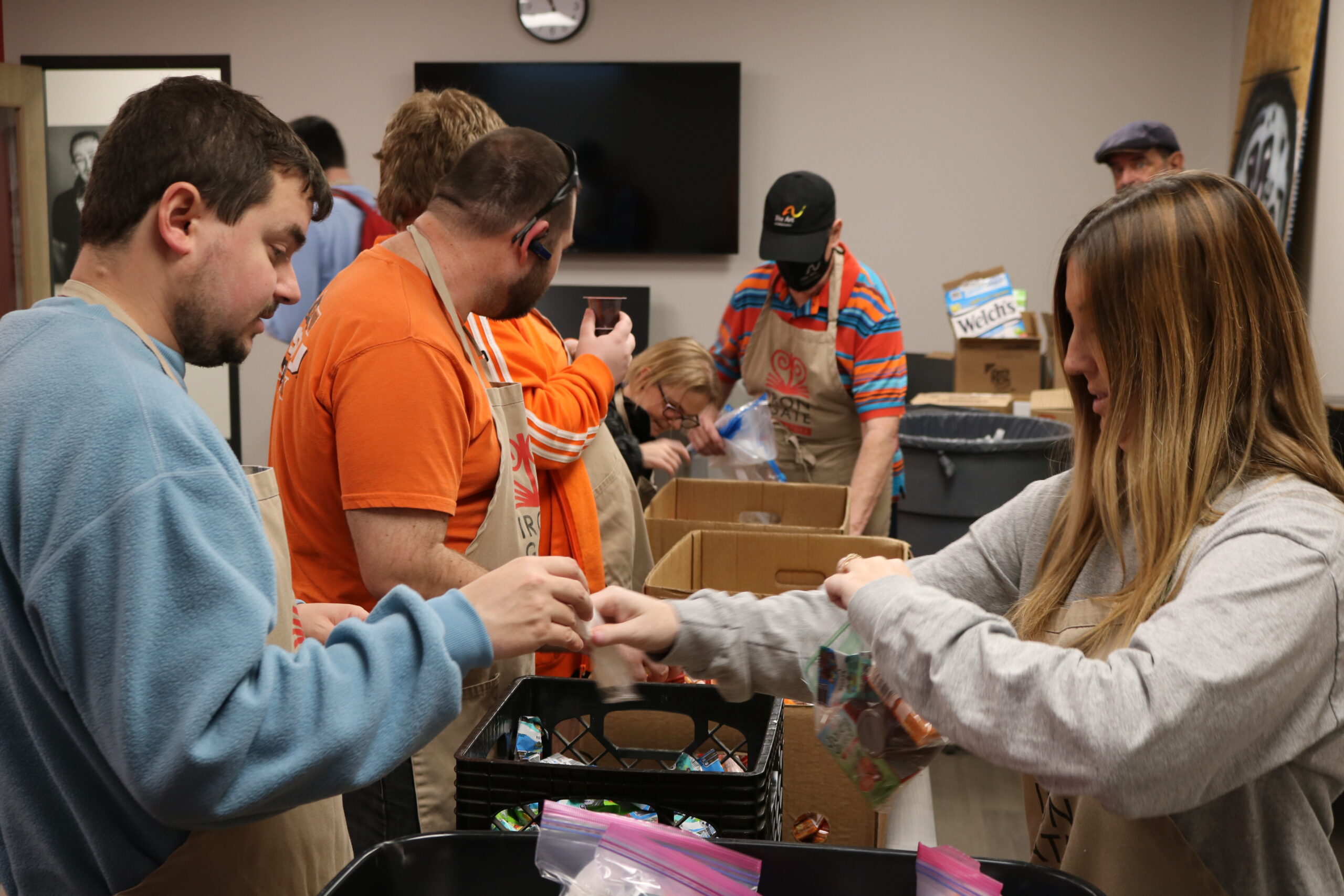 Volunteerism is an important service learning opportunity allowing students to practice a variety of skills while serving others. Students volunteer in the community each week building relationships at assisted living facilities and helping to fight hunger at the Food Bank of Eastern Oklahoma. These activities allow students to engage with their community and practice team work. 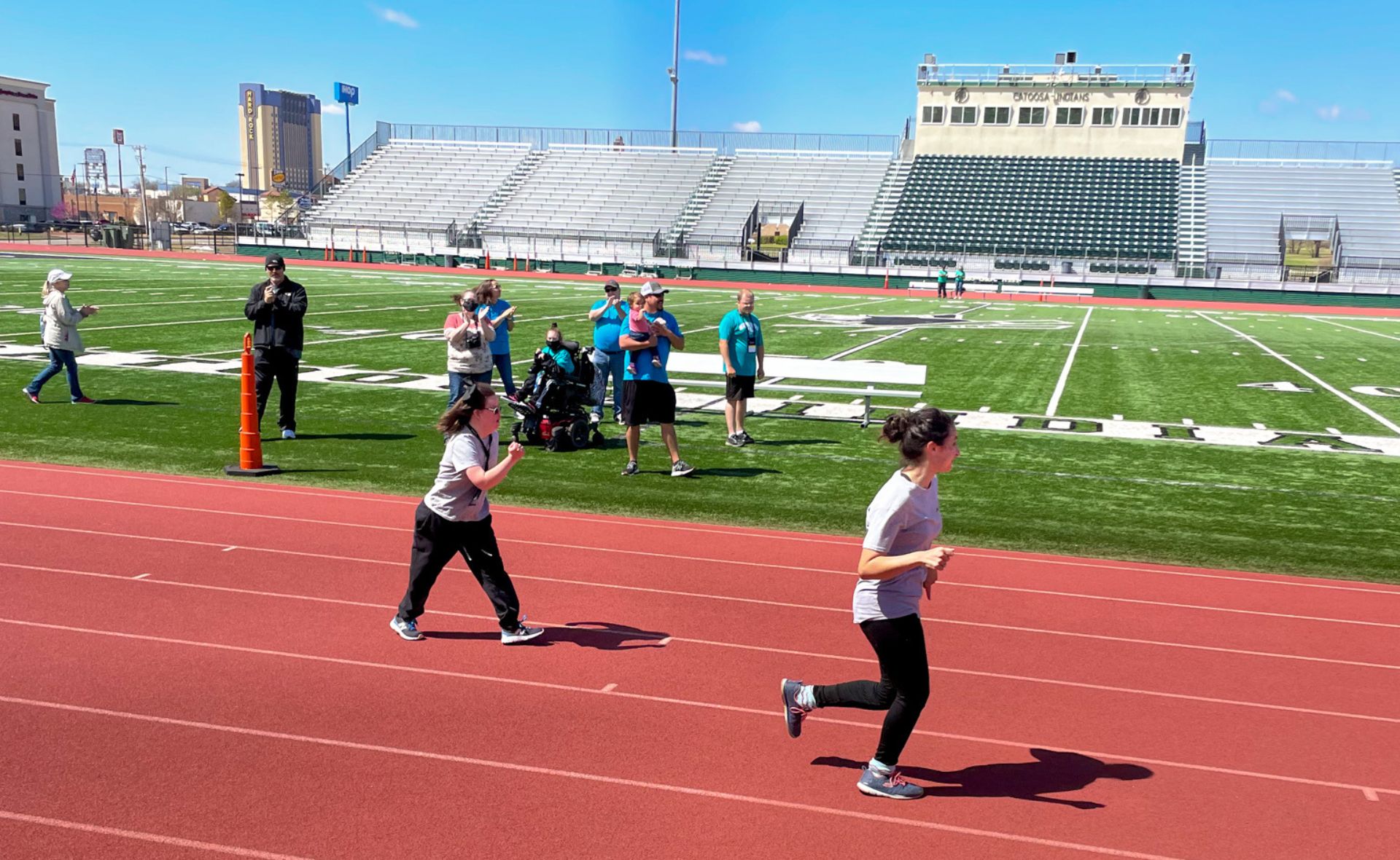 Staying active is important for our students to live happier and healthier lives. Each day students enjoy fitness activities like stretching and dance classes. Students also have the opportunity to train for and compete in Special Olympics swimming and track and field. 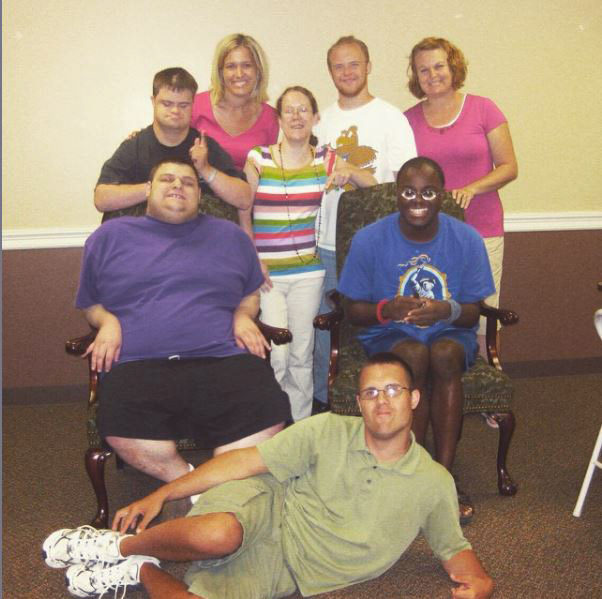 Pathways was founded in June 2009 as an outgrowth of the Community of Friends Ministry of Kirk of the Hills church and thanks to the help and direction of Crystal Fulda. The great need for more programs in the Tulsa area to support adults with intellectual disabilities became apparent after countless phone calls and questions from the community. Adults with intellectual disabilities needed a place to live happier, healthier and more meaningful lives after high school graduation, so Pathways Adult Learning Center was first formed as a ministry of The Kirk with only 7 students attending 12 hours per week. Due to tremendous growth, Pathways became its own 501(c)3 nonprofit organization in 2015 and now operates 40 hours per week, serving more than 80 students in-person and virtually. 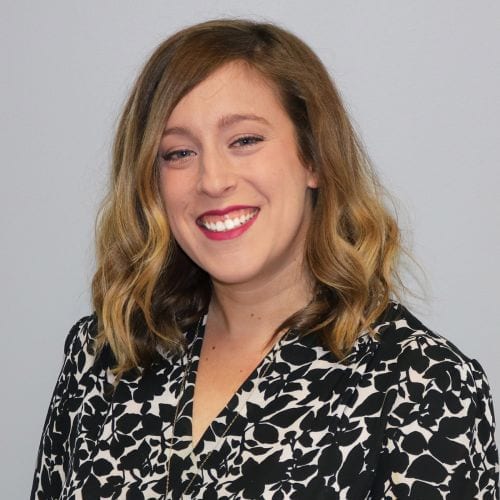 Having volunteered and worked with individuals with intellectual disabilities for more than a decade and being a guardian of an adult with special needs, Monique has developed a tremendous passion for helping these adults to live meaningful and fulfilling lives. Her nonprofit background and her education in public administration has equipped her to help maximize the impact of the Pathways mission. Outside of Pathways, Monique enjoys adventuring to distant lands, fluffy Pomeranians, and eating pancakes with her husband every weekend. 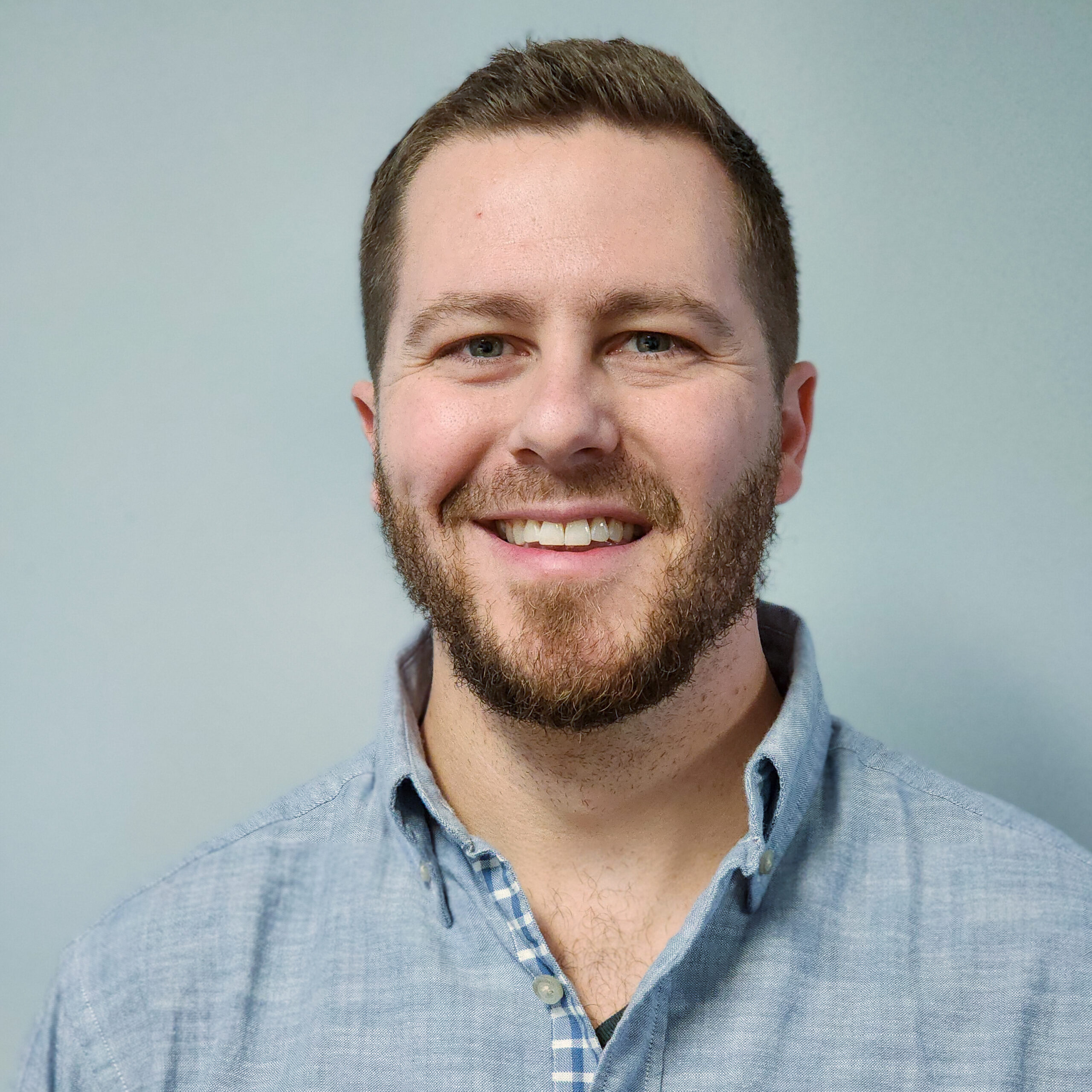 For six years, Brandon spent time investing in the lives of middle and high school students as a youth pastor in Sarasota, FL before his family moved to Tulsa. Following his move, he wrote and published a clean young adult fantasy novel. One of Brandon’s favorite things to do is inspire others through the art of storytelling. He is excited to be at Pathways and show the world how God is changing lives through this organization. 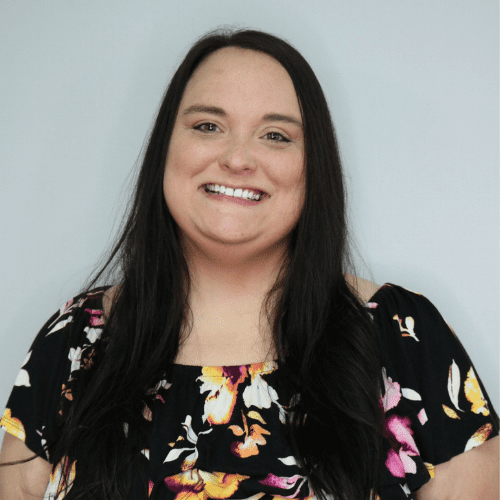 As a former classroom teacher and director of a supplemental education program in Oklahoma City, Lori has worked with students of all ages. Upon moving to Tulsa, Lori joined the Pathways team with the goal of helping students realize their full potential. She has her bachelor’s degree in Elementary Education from Southeastern Oklahoma State University. When Lori isn’t at Pathways, you can find her serving at her church, reading a book, or crocheting items for donation to local hospitals. 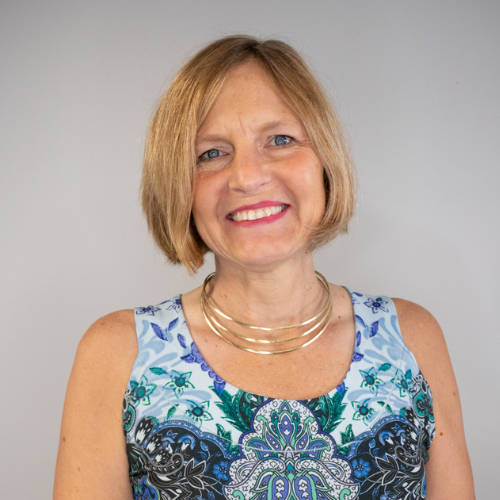 Natalie started her journey here as a member of the teaching team. She has been married to her husband Jeff for over 30 years, and they have five children. She has a love for the outdoors and reading. Her background includes program management, adaptive physical education and fitness management, literacy and tutoring programming, English as a Second Language, and coaching (Special Olympics, track and field, swimming). She has taught early childhood through adult education. Her bachelors and masters degrees are in education. 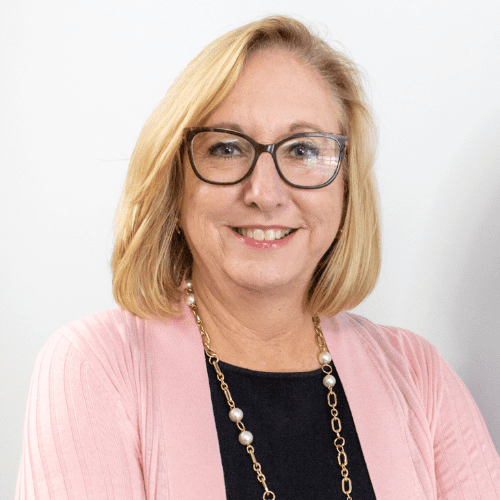 Susie is excited to be back in her hometown and blessed to be able to serve as the Fund Development Associate at Pathways. Susie graduated from OSU with a degree in psychology and most recently served as the Director of Development at a private Christian school in the Fort Worth area, where she and her family lived for 24 years. Susie is a recipient of the ATHENA Leadership Award for achieving the highest level of professional excellence and contributing time and energy to improve the quality of life for others in realizing their full leadership potential. But her greatest achievement is her family - her husband and two children. Susie enjoys spending time with family and friends, cheering on the OSU Cowboys and Cowgirls, hiking and traveling, and walking their dog, Charli. 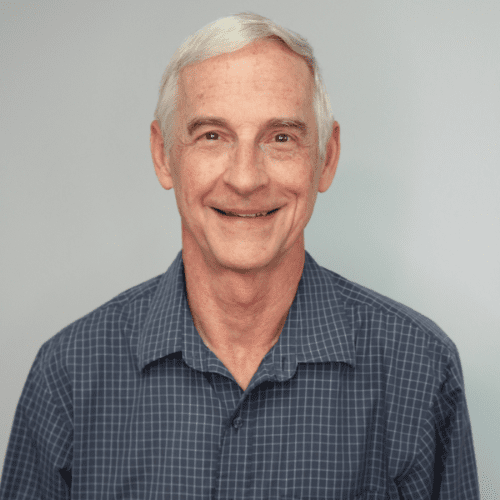 John was born and raised in St. Louis, Missouri.  He spent time in the military, where he met his wife, Christy, then a widow with two kids. The Lord has allowed John to do many things, including a music ministry, teaching music, choir, band, and math in Christian schools, co-owner of a Christian bookstore in the St. Louis, Missouri area, Manager of Choral Performance (AKA Miracles Director) at The Baddour Center in Senatobia, Mississippi, a center for adults with Intellectual Disabilities, and now a Teacher at Pathways in Tulsa, OK.  John and Christy reside in Tulsa, OK where they enjoy spending time with their four kids and eight grandkids. 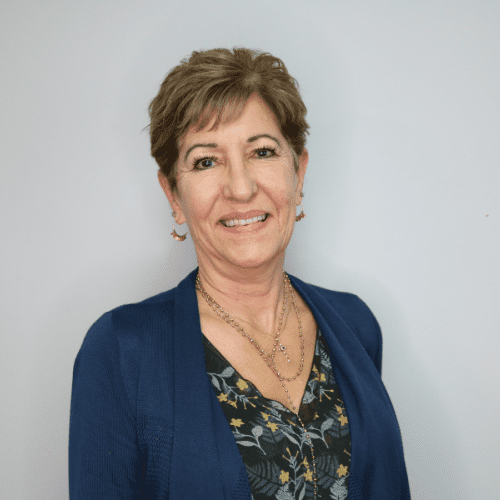 After a long career in Research Administration at universities and membership organizations, Jan wanted to take her life in a different direction, and she was blessed to land at Pathways. Jan has a strong background in non-profit administration and organizational operations, and looks forward to working behind-the-scenes to support Pathways’ mission. Outside of Pathways, Jan enjoys running with her friends, family time, book clubs, and travel. 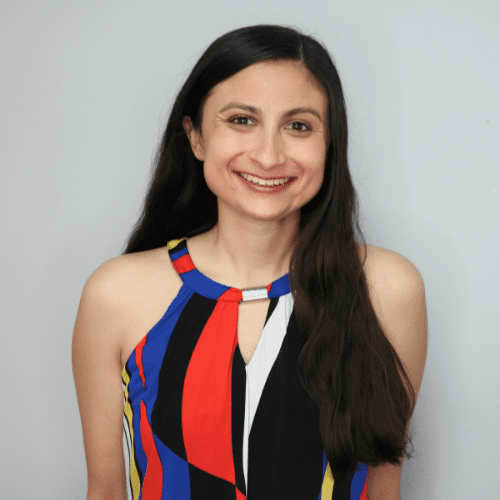 Chelsea grew up in St. Louis County and spent a lot of time at church and volunteering with her youth group. Chelsea felt that Pathways was an amazing opportunity for her as it allowed her to use her sociology degree, love for Jesus, and compassion for people in need all in the same place. Outside of being a teacher at Pathways, Chelsea volunteers at LifeChurch, enjoys doing Zumba and other workouts, and loves spending time with family and friends. 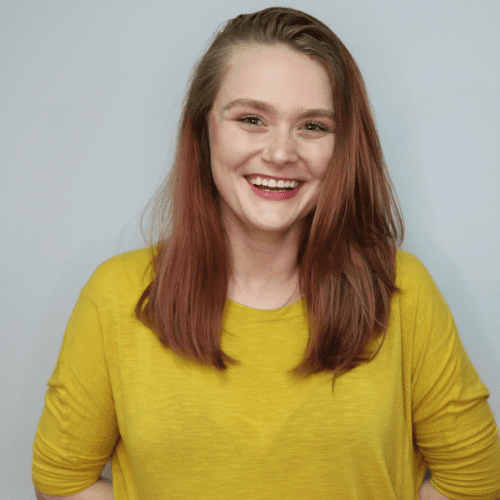 Megan grew up in Tulsa, Oklahoma. She started attending OSU with the goal of getting a theater degree and creating a theater program for people with disabilities. However, that wasn’t God's plan, Megan ended up developing her own chronic illnesses and disabilities which caused her to drop out. This, though devastating to her, actually led her to Pathways where she now gets to fulfill her lifelong dream of teaching drama and so many other amazing classes. She feels so beyond blessed to be a teacher here. 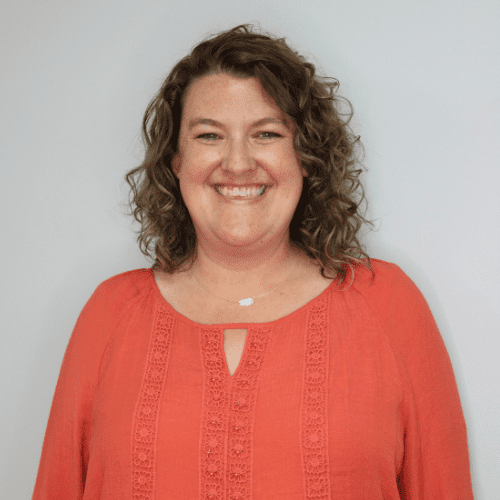 Becky grew up in Oakley, Kansas, and graduated from Tabor College with a youth ministry degree. Soon after college, she and her husband, Collin, moved to Colorado Springs, where they were involved in children’s and youth ministry for 22 years. She was also a paraprofessional in the public school system there. Becky, her husband, Collin, and her four children moved to Tulsa in the summer of 2020. She enjoys all types of arts and crafts, music, and collecting friends. She is thrilled about all the new friends she is making at Pathways! 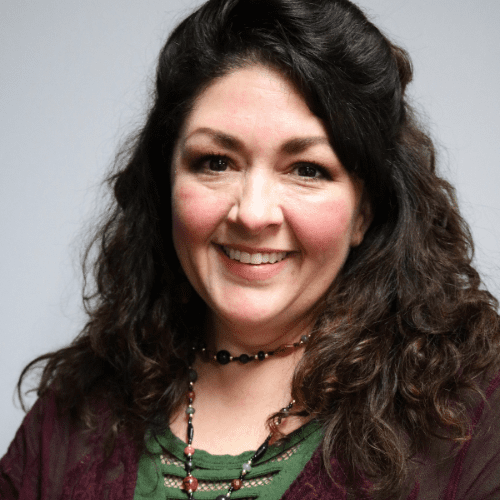 In 1995, Kristin completed her bachelor’s degree in Theater and Vocal Performance at Oklahoma State University. Since then, Kristin has filled many roles in education and theater. When she is not teaching at Pathways, she enjoys spending time with her family and friends, volunteering for the Union High School band, choir and theater groups, the community, attending worship groups at Asbury Methodist, singing or working on her latest cross-stitch pattern and other crafts. 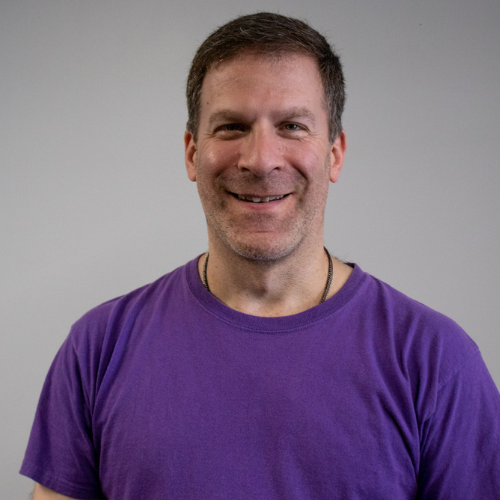 Jeff has been an Oklahoma state-certified (post) secondary math and test prep educator since 1997 and is beyond thrilled to be joining the Pathways staff as a part-time teacher! Jeff is also a performer who has performed in plays/musicals with various Tulsa-area groups over the years. And his daughter is his greatest accomplishment in life and she will be a senior at the University of Kansas this coming school year, majoring in Biotech with a Dance minor. 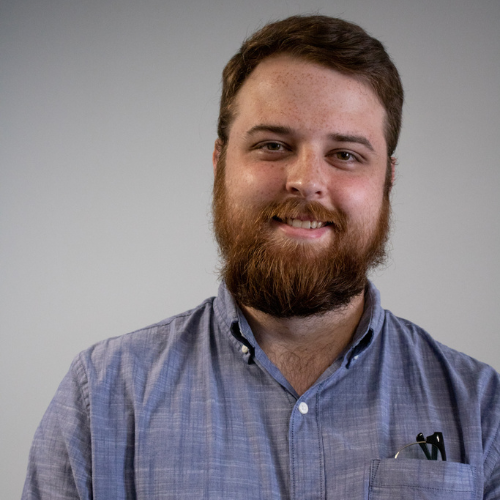 Ethan believes that teachers have the opportunity to show students the right path and prepare them to walk there. He intends to do his best to give his students the knowledge and ability to obtain the future that they deserve. And Pathways to him is the perfect place to achieve that goal. His favorite animals are penguins, he's done a lot of volunteer work in churches and schools, and he's very passionate about Pathways! 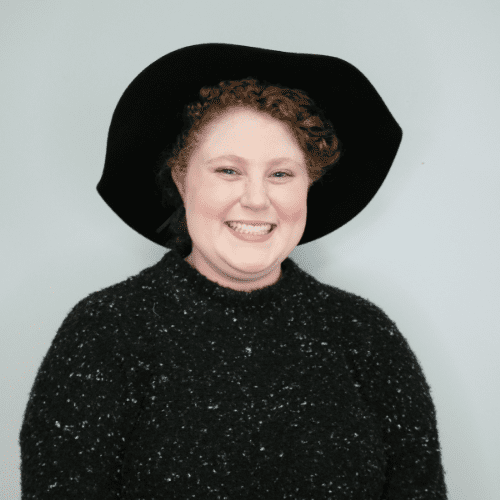 Annie is originally from Lake Charles, Louisiana, and recently moved to Tulsa with her husband. She loves History and Literature and always strives to make her teaching engaging. Her favorite animal is a Velociraptor, and she hopes to one day have her own. She is super excited to be a part of Pathways. 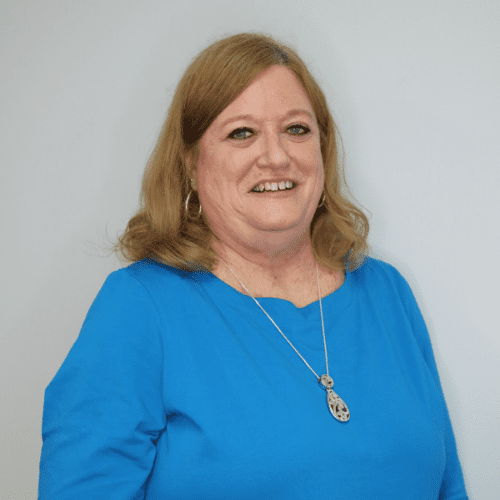 Karen moved to Tulsa from Peoria, Illinois in 1977. She loves living in the Tulsa area. She has 3 adult children. Son, Trey , Daughter, Tracy and Daughter, Trisha. She has 7 grandchildren and a dog named Hank. He is half Shepard and half Husky.

She goes to Life Church and belongs to a lifegroup called Fun Group 101. She looks forward to meeting everyone and feels very blessed to be part of the Pathways Family. 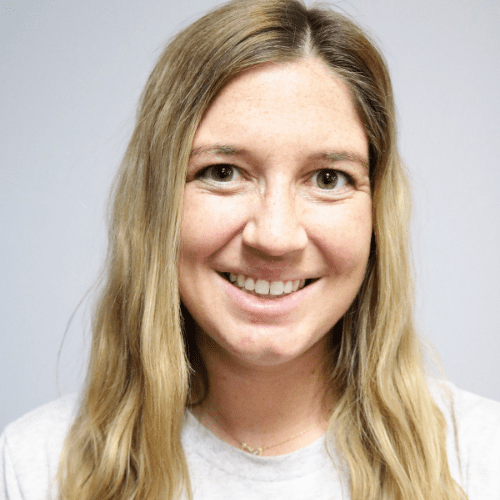 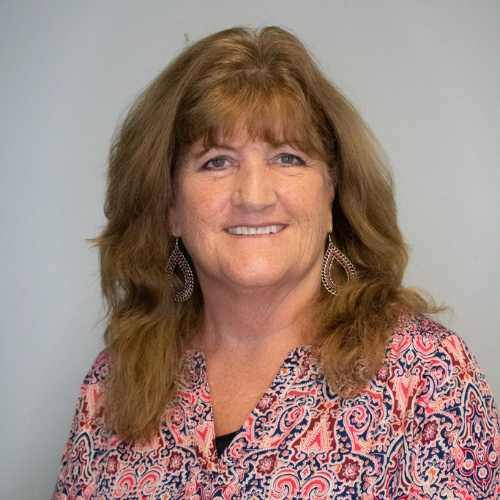 Being a Teacher for Pathways has been a dream of Ellie's for quite some time. She has worked with students with intellectual and developmental disabilities in the public school setting for 14 years. She shares that the question so many parents and guardians have is “What will my child do after they graduate?” Pathways to her is such a wonderful place for individuals to continue to learn and grow! Pathways is a Christ-centered program with loving and genuine Teachers that truly love the Lord! The wonderful students she works with are also teaching her so much! She sees compassion, love, and friendship shown every day. It is a true blessing for her to be a part of the program! 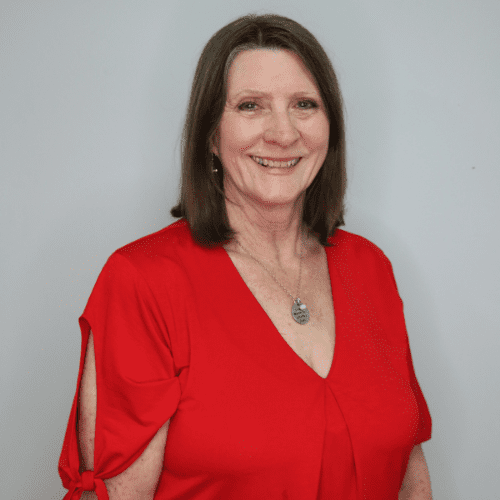 Bernadette was born and raised in Tulsa, Oklahoma. She is a mother, grandmother, and great-grandmother. She enjoys working with numbers and music but her passion is music. Being the music director at her church allows her to fulfill that passion. She has worked in various industries and capacities during her career; all being within the accounting realm in which bookkeeping is her favorite. Upon retiring from her full-time job in 2015, she worked for a CPA firm during tax season. After a two-year break, she has joined Pathways. She finds the loving environment a breath of fresh air from other work environments and feels very fortunate to be here.