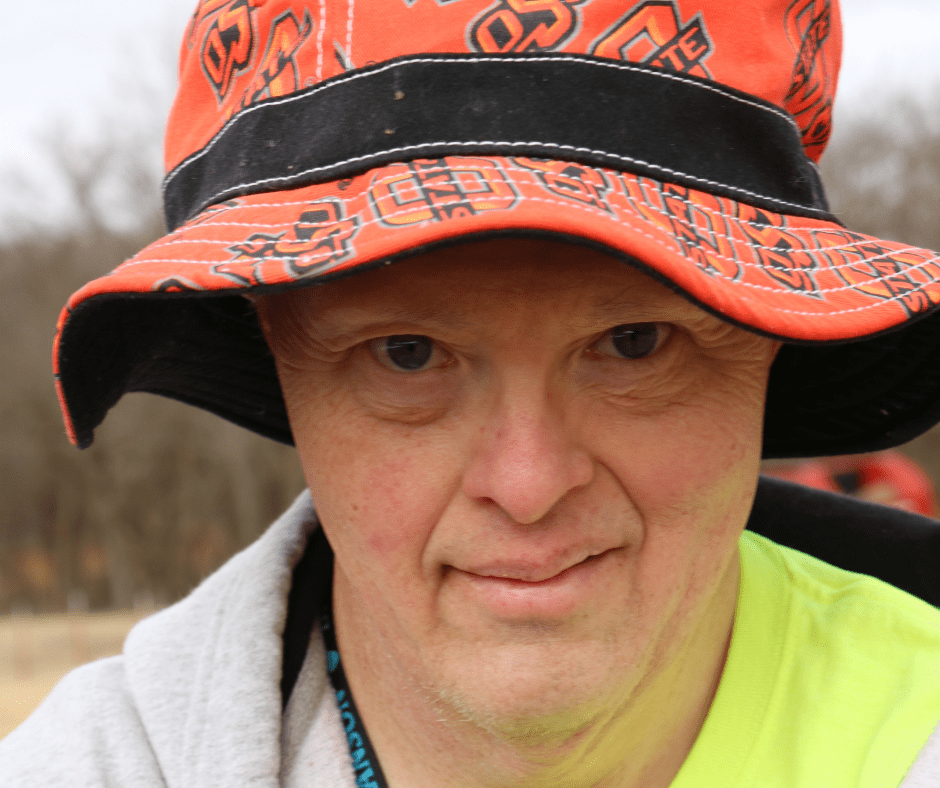 Before Pathways, Richard worked for the Cancer Treatment Center of America. He was a medical records transporter and could maneuver his way around that complicated building. He worked for the Oncology Department. When Cancer Treatment Center moved to its present location, all medical records changed to digital, and there was no position for him. But they had a need for specimens to be carried from the clinic to the lab, so Richard moved to that job. His hours of work were very long, and he decided to volunteer instead of work full time, so he could lessen the hours he worked each day and still be do the same job.

He graduated from Nathan Hale High School in 1987. He worked at Bridges for a season, but we were able to get him a job at the Cancer Treatment Center in 1993.

Pathways was always a place that we wanted Richard to go to once he was done working at the Cancer Treatment Center. When the pandemic hit in March, all the volunteers were furloughed, and if he returned, he would have to wear complete PPE, changing masks and gloves every 15 minutes. He would not have any help, and we decided this would be a stressful place of work for him, so we enrolled him at Pathways.

Since he started Pathways during the pandemic, we didn’t know how he would like virtual classes. Thankfully he enjoyed every part of the classes, especially worship time, because he likes to sing along to the songs. Now that he has started the program in person, he says that he likes it because he gets to see his friend and teachers. And he is also enjoying worship, fitness, and meeting new friends.

We are grateful for Pathways because it’s a special place to be a part of people who care. It gives me a break as a parent to constantly think of creative ideas to keep him busy. Richard doesn’t like new situations, but when he goes to Pathway he is excited about going and he comes home happy. -Patricia, Richard’s mom