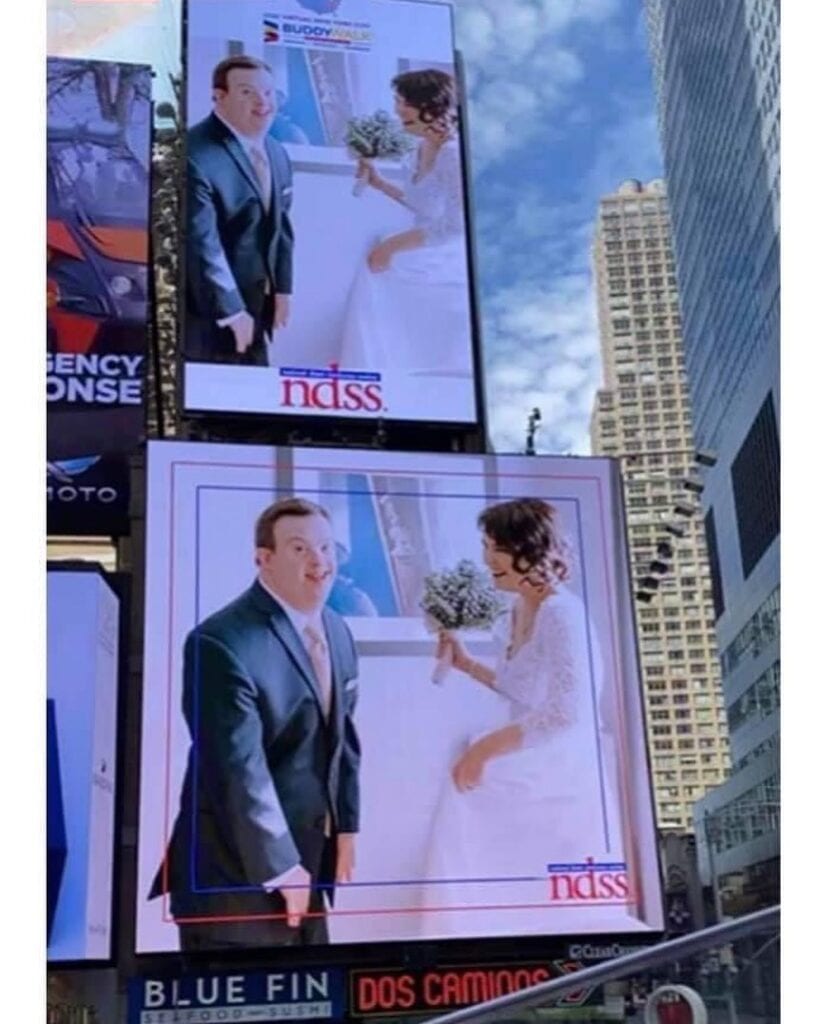 I grew up listening to all types of music because of my brother Clark who loves music. He is the reason why I do musical theater and where I got my love for music from. I would say a big part of who I am is because of Clark. He is a huge part of my identity.  He is why I am passionate about people, the community, human decency, and making the world a better place. That definitely drives what I do, and I know that this definitely comes from my brother. I work at a non-profit and sit on a board for another non-profit. I am an adult sibling advocate for Clark and have been to national conventions for him.

I was in second grade when I realized that Clark was different. We were on vacation, and there were these people who were staring at Clark. We were listening to music, having fun, and he was clapping his hands just being himself, which I was used to. I didn’t know there was anything different about him.  I remember specifically being in the car and asking my parents, “why were people staring at Clark for being himself?” and my parents said, “sometimes people stare at other people when they are different.” I remember thinking in my head the word “different,” and then that’s when I asked what made him different, and my parents went into what makes up someone having Down syndrome and the different characteristics. After that, I definitely understood not what made my brother different for me, but what made him special. From there on, I realized that I had a job to be his voice.  I wanted to make sure he was included and not segregated by himself. I needed to be his voice and stick up for him. For example, if someone were staring at my brother, I would speak up and say, stop staring at my brother. He is enjoying his music.

Today I would not be who I am without him. I would not be as confident as I am. I wouldn’t be as resilient as I am. I wouldn’t appreciate life every day without him. He sees beauty in things that so many of us take for granted. Even with all the obstacles he went through with learning curves and everyday life like brushing his teeth, he still did it with a smile on his face. He is just so happy. I remember if I was complaining about something silly, my parents would say, “okay, you can complain about that, but Clark doesn’t complain,” and I would be like yeah, you’re right. He doesn’t. It was an eye-opener. It gave me an appreciation for what I have.

Clark is one of the greatest people I have in my life, and I am thankful for him. He is so talented and gifted. He is also a good judge of character. In the past, he would tell me if he liked the guys I dated or not. When I saw how Clark got along with my husband, I knew that was someone I could marry. I love my brother, and I can’t imagine my life without him.

To anyone with a child with Down syndrome, I would encourage them to reach out to the special needs community and ask questions. Get ready to find a love that you have never experienced before. This love is indescribable until you experience it. Lastly, be their voice and stick up for them to be fully included in society.

Posted in Uncategorized and tagged Down Syndrome, Hope, Life, Pathways